Welcome to the website of. On this site you can find all kinds of information, in words, sound and images, about me and my music. My name is Specs Hildebrand. Born on August the 16th in Amsterdam and – from about my tenth – raised in Volendam

Even as a little kid I couldn’t take his eyes off a guitar whenever he saw one. The instrument simply fascinated me. Nevertheless, I had to wait until my 12th anniversary before I got my first one. It soon became obvious, I neither had the temperament nor the talent to repeat guitar solos from great examples, note by note.  I turned out to be a ‘song man’: a man who sings narrative and poetic songs, accompanying himself on his six-string. At an early age I also found out that I had a musical preference for country, folk and blues. So it was just plain logic that, from the age of 17, I always joined bands that played these kinds of music.

After a learning period as a singer/guitarist in Volendam-based bands, such as Progress, Jen Rog and Canyon, my solo career started. During my time in Jen Rog I had met Jip Golsteijn and Ton de Zeeuw. These 2 journalists had started writing songs and we, Jen Rog, played their  demos for them. This all happened in our rehearsal room  at the  time, the freshly started studio of friend and Cats-bass player Arnold Mühren. Neither Jip nor Ton were real singers, so soon I also started singing the songs for their demos. These songs fitted me like a glove. And when the opportunity rose to make an album, I was the most logical candidate to sing the lead vocals on it. I became Specs Hildebrand.

‘File Under Popular’ was released in 1975. A true debut album: For me as a solo artist, for Jip and Ton as songwriters, for Arnie Treffers aka Long Tall Ernie († 1995) as a producer and for Arnold being a recording- studio owner. 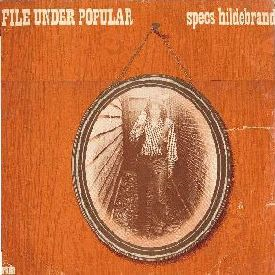 From 1984, after 3 albums with Golsteijn/De Zeeuw songs, Jip and I took care of the lyrics, the music and the production of the albums. The first album with Golsteijn/Hildebrand songs was ‘Left-Handed Signature’, an album on which the story is told about a Vietnam veteran, a part-time prostitute and a revolutionary in exile.

From 1989 the albums were recorded with my own band, under the name Specs Hildebrand & Living Room Band. (See: discography)

Together with Herman Erbé (jug & harmony vocals) and guitarist/dobro player Ben Brouwers († 2015),  using the name Ugly Duckling, we made ’12 Bars’,  an acoustic album with new blues songs written by  Jip and I. 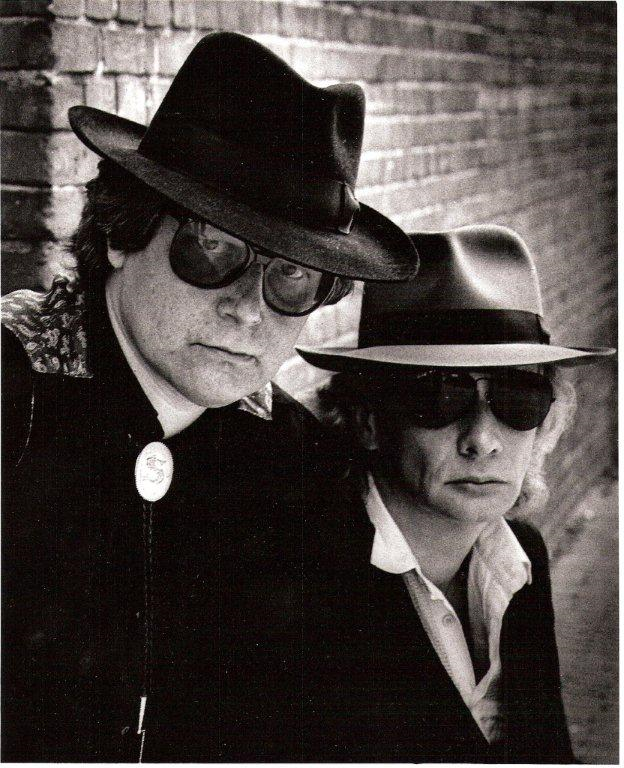 In 2002 Jip died, totally unexpected. To conclude the era I decided to complete a number of unfinished Golsteijn/Hildebrand songs. With the idea in my mind to post them the on the internet one day, I  started recording these songs in my study. When I told Arnold Mühren about these activities, he offered to do the recordings in  his studio. A wonderful offer! The musical contributions from Jan Akkerman en Piet Veerman added a serious note to the occasion. 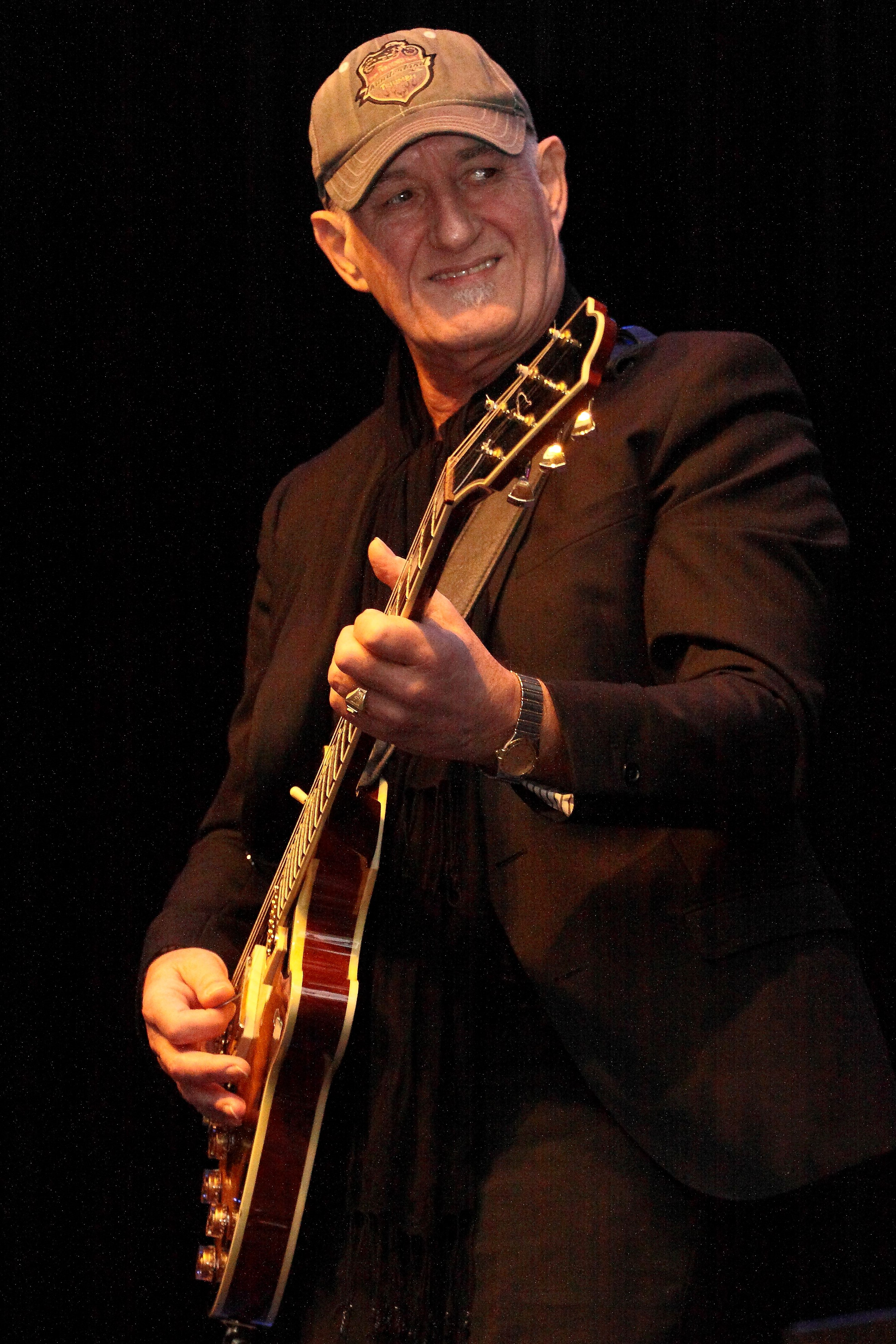 Jan played a wonderful solo on ‘The Devil Has Come (To Claim His Own)’ and Piet, in his own special way, sang a verse and a chorus on ‘I Survived’.

During the sessions it became obvious that we – The Living Room Band – were making our best work till  then. The line-up of the band then was: yours truly, Evert ‘Jash’ Veerman (guitar), Hubert Knuvelder (bass) en Kees Steur (drums). Guest contributions were made by Ab Tuyp (keyboards). Jaap Schilder (The Cats) en former LRB-member Berrie Maurer took Care of the harmony vocals. The technician was Patrick Mühren.

After mediation of Johan Tol en Michel Veerman of ‘One Way Wind’ (the magazine), even a major record company (Disky) agreed to release the album. In 2006 ‘A Wink At The Moon’, my tribute to Jip Golsteijn was officially released,

In an interview with Michel Veerman and Johan Tol for ‘One Way Wind’ I let it slip that  ‘maybe somewhere in the future’ I wanted to make’a for the greater part acoustic album’. At home, in my study. The interviewers responded enthusiasticly. However, I still wasn’t in the mood for it. At times a small flame started burning – listening to  a  posthumous masterpiece of Johnny Cash – but these house fires were extinguished quickly. But Veerman and Tol kept warming things up. And some time later they told me to finally start working on the album. No further extension possible, because the album was to be officially released at the end of 2011. They were going  to release it on their new label PASO. I was on the spot. 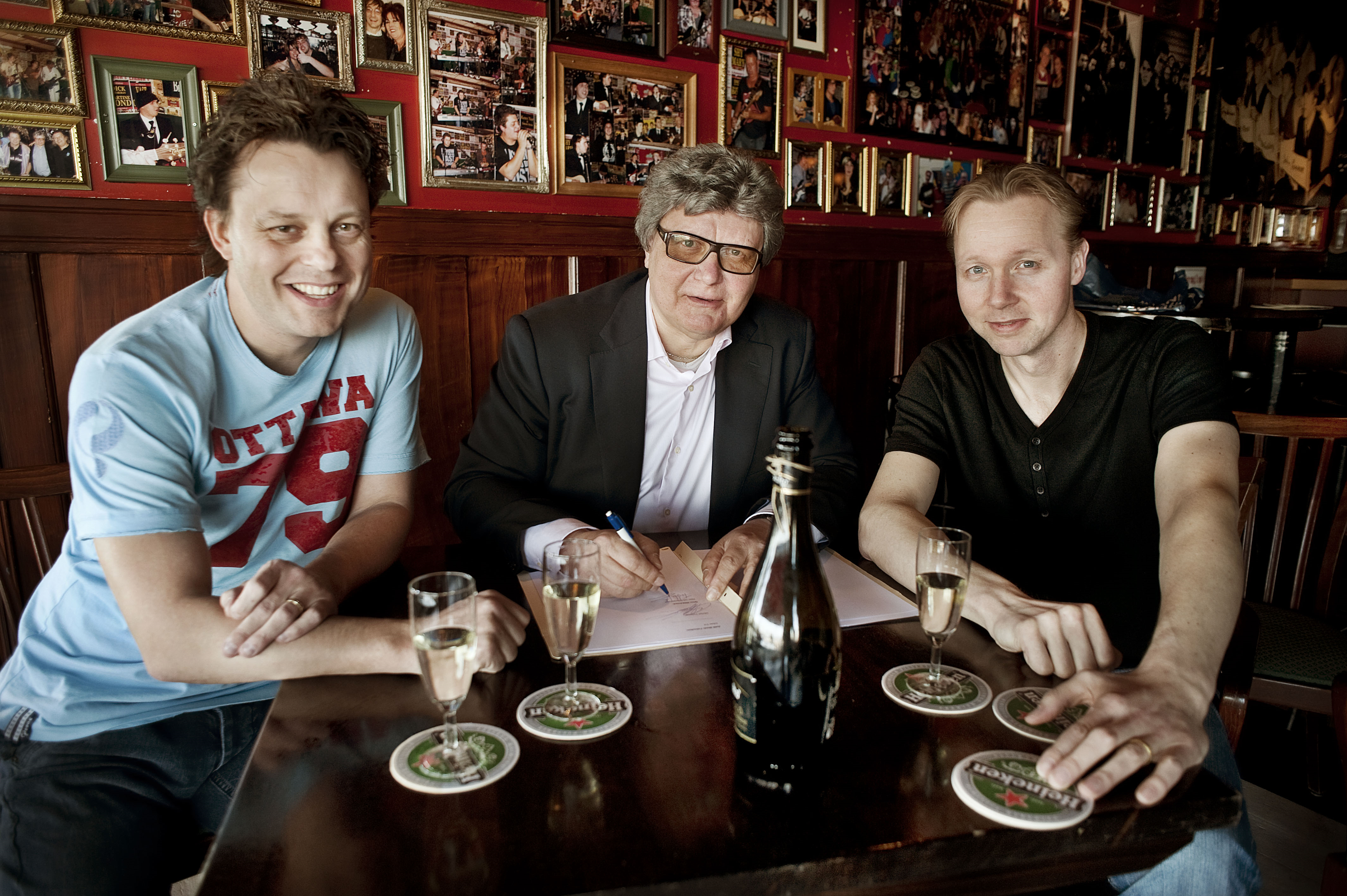 “Alright”, said my friend Jan Akkerman, when he heard the news. “Finally the boy can start working, again”. And immediately he offered to help.

I locked myself up in my study and started to work. First I wrote a couple of new songs single-handedly. And I also dug up some never seriously recorded Golsteijn/Hildebrand material. After selecting the most suitable songs I started recording. At first on my own, but over time musician friends dropped by to contribute. Jan Akkerman delivered not only his unique guitar skills on various tracks, but he also was my biggest ally while arranging and mixing.

In 2011 ‘Outsider’ was released, my most personal album until then. One of the tracks ‘Follyville’ played an important role in the VPRO-documentary series ‘De Hokjesman’, broadcasted on Dutch national tv. 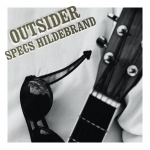 After ‘Well Kept Secrets’(2015), a compilation album, supplemented with 2 new songs, released in response to my 40-year anniversary as a ‘recording artist’, I persisted writing songs. The result was ‘Holding My Own’(2018), my fifteenth album. 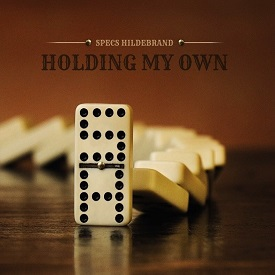 ‘Number Eleven’ a track from this record, was used in the episode of the documentary series Ándere Tijden Sport’, about the legendary Ajax-soccer player Piet Keizer.

The live-shows were always there. These days, Steef Reilingh (guitars, lapsteel, ukelele), Evert-Jan Reilingh (bass) and Kees Steur (drums) are the heart of The Living Room Band. 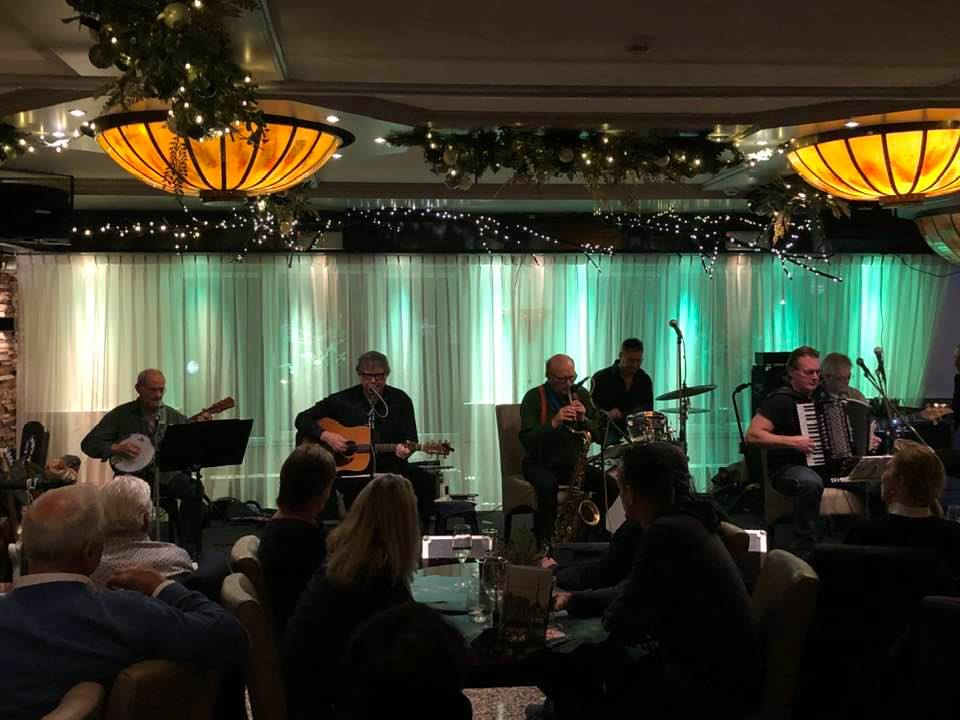 Recently I perform semi-acoustic, together with the brothers Reiligh and Rob Kruisman, under the name Specs Hildebrand & Company.

But at set times I also play solo. In smaller venues I perform the acoustic, stripped ver­sions of my favourite songs. 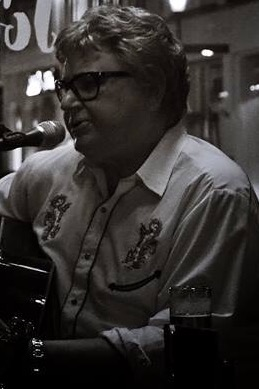 But whether I play with an electric band, with one or more sidemen or solo: my  repertoire still includes both contemporary country- and blues songs and work from times long past covers, but also original material, but always rooted in Americana, folk, blues and Irish music.

The was ‘The Story Of MY Life’, so far. Enjoy your visit to this site and I hope to meet you at live-show.